A different judgement - Reflection on the Parable of the Talents

A different judgement - Reflection on the Parable of the Talents

I hope it isn’t inappropriate to mention the Television programme ‘The Apprentice’ in the light of the American elections.

I am sure you will be familiar with the format – a group of ambitious people are given various tasks to prove to a prominent businessman that they would make a good member of their company.

I hope it isn’t inappropriate to mention the Television programme ‘The Apprentice’ in the light of the American elections.

I am sure you will be familiar with the format – a group of ambitious people are given various tasks to prove to a prominent businessman that they would make a good member of their company.

One by one the contestants are dismissed with the catchphrase ‘you’re fired’.

In the UK, the businessman is Lord Sugar and for many years in the United States it was the outgoing US President Donald Trump.

The programme is a testing ground to see who can make the grade by showing their potential to make more money for the business.

The same idea underlies another Television programme – ‘Dragon’s Den’. In this case the format is to bring people with a business idea to entrepreneurs who decide whether to invest in them. The contestants bring their proposal, and the so-called Dragons put in money and experience into turning the concept into a reality.

These two programmes came to mind when I read the Bible passage set for this Sunday. It is the parable of the talents [Matthew 25.14-30].

I think a lot of the readings of this parable have missed the mark, so I hope you will join me in doing a bit of forensic work on the story. 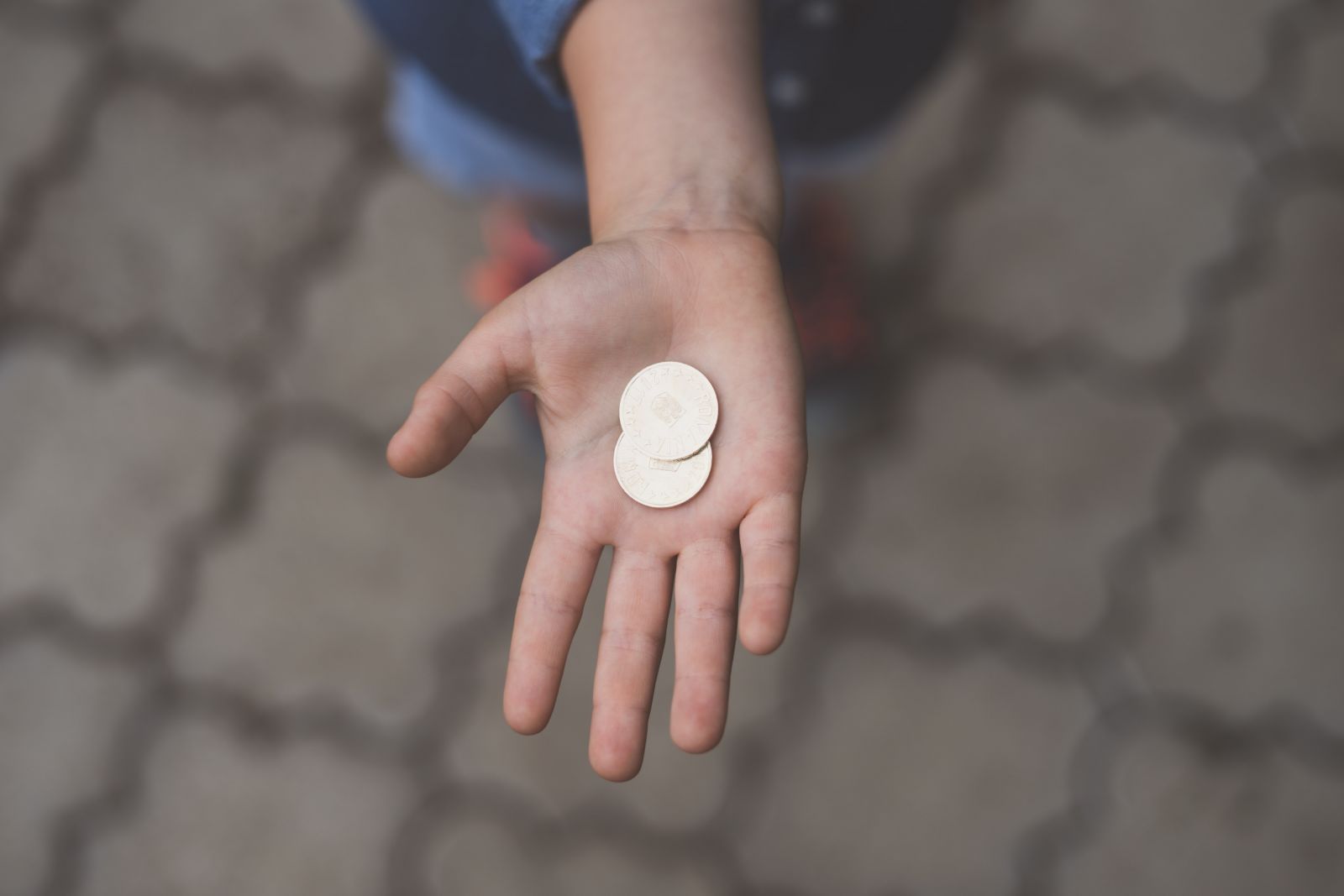 It is a little unfortunate that the word for a denomination of money in the time of Jesus – a talent - is the same word we use for our abilities and skills. I think this has led many a reader up the wrong path.

A talent was loads of money. Five talents would be the equivalent of twenty years wages for an ordinary worker.

The story concerns an absentee landlord.

Rather than leave his wealth to stagnate, he invests in his three apprentices – the three contestants -for the Master’s approval. One has a head start with five talents, another with two and one with just one talent.

The final contestant is the one to watch. He follows the conventional wisdom of his day and buries the money in the ground. He takes care, shuns risk, and does not succumb to the sin of usury (lending money at unreasonably high rates of interest). This was the safest and to his hearers, the wisest response.

The other two invest in the stock market – or the banks of their day. The money would be used as part of an exploitative system. Where did that money come from and how on earth did they manage to double it? These two take risks and it pays off. But at whose expense?

Now, when the Master comes back from his travels there is a reckoning. They are summoned into the equivalent of Lord Sugar or Donald Trump’s office.

The one with five talents has made five more. He is commended for his achievement and, the parable says, ‘enters into the joy of his Master’.

Step up contestant number two. He is through to the next round because his two talents have increased to four. He too is praised and ‘enters into the joy of his Master’.

And number three, the one who has prudently ensured his Master’s money was safe, the one who took no risks, so no one was exploited is not only fired, as Lord Sugar or Donald Trump were won’t to do, he is cast into the outer darkness where there is wailing and gnashing of teeth.

So far, our understanding of the Parable and our enjoyment of The Apprentice and Dragon’s Den reflects modern capitalism’s notion of success.

I think we may need to look a little closer at the story.

The Master goes away. He leaves his servants to it. He has no interest in what they do, only in the outcome. And he makes sure that the outcome works for him.

Traditionally, Christian readers have seen the title of Master and thought he must be Jesus.

This somehow contrasts sharply with the Jesus we know from Scripture. Jesus is not the harsh judge. He is not a prototype for the corporate boss amassing personal wealth and political power. He is the opposite.

Lazy readings of the parable, telling us that Jesus is this ‘Master’, simply will not do.

Waiting for a Master to Return

The God we know from our knowledge of Jesus is a God who gives freely without expectation of anything in return, only that we receive that love with grace and acceptance.

This really is a topsy-turvy, inside-out story.

No one seems to come out of the story very well. The first two slaves engage in the exploitative systems of money manipulation and the third does the right thing and is then condemned.

And the Master has something of the mafia about him!

One thing we know from the Gospel is that you cannot serve God and money.

Jesus spelt it out: ‘No one can serve two masters; for a slave will either hate the one and love the other or be devoted to the one and despise the other. You cannot serve God and wealth’.[1]

If Jesus said that, then his story is not a praise psalm to the Master and his profit-making slaves.

Based on this parable John Wesley told his followers, ‘earn all you can, save all you can and give all you can’. It has been the principle for Christian philanthropy and a much-loved quotation of Margaret Thatcher.

Forgive me for wondering about that.

The church for which Matthew wrote his Gospel was a church facing enormous challenges. It was growing rapidly. It was adjusting to a complicated political and religious environment.

Above all it was waiting for its Master to return.

The parable was very poignant. Would Jesus return as a cruel Master ready to judge?

How would we fare if Jesus came again behaving as the Master of the parable judged?

How many church members do you have?

How much did you give to charity?

How much power did you amass in the wider society?

Did you mend the tower, upgrade the organ, buy the new hymn books, fix the roof in the Sunday School?

Did you manage to find a theology which accommodated itself comfortably to the world in which you live?

Are these the questions we imagine Jesus will ask us?

I suspect not - so forgive my suspicion of the conventional interpretations of this parable. 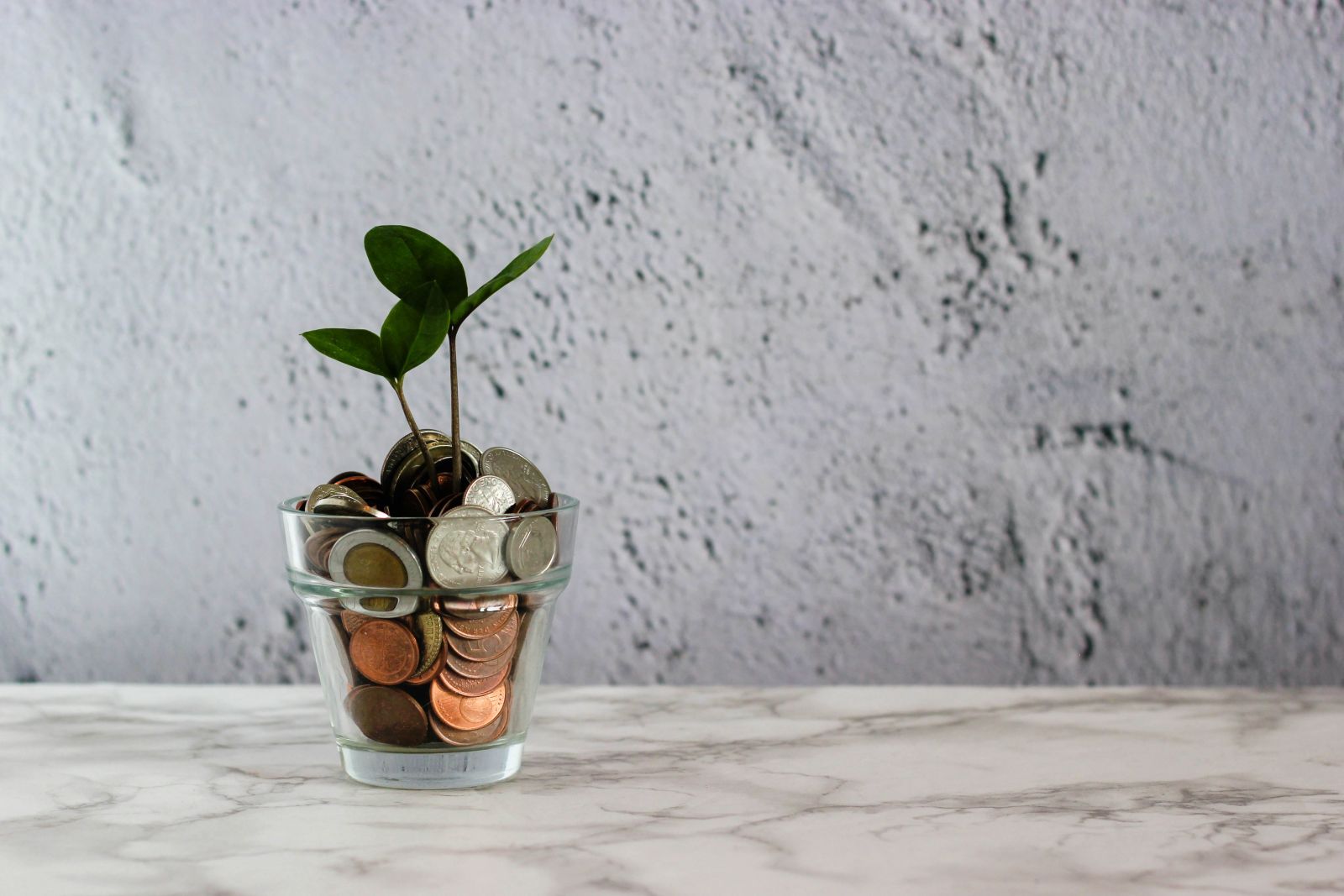 I want to have another look at the servant who buried his treasure. Look where he ends up and where we might find him.

He is despised, rejected, weeping, full of righteous anger. He is in a place of outer darkness.

He is not in Lord Sugar’s boardroom. He was not promoted by his cruel master so he can exert more cruelty on others.

What if the message of the parable is this:

What if the judgement and its rewards have been with you all along?

What if we allow the experience of the worthless slave to resonate with us?

What if the Gospel was speaking to Christians who were up against the wall?

What if the slave in the outer darkness is the Christian community living out a counter-cultural life?

What if the figure of the worthless slave speaks to a beaten down community who do not have an interest in making money, or wealth or power but rather in being faithful and obedient to the Law of Moses and the Way of Jesus – a community that is fearful of the enormous, apparently successful powers they were up against.

Jesus said: ‘The Kingdom of Heaven is like treasure hid in a field which someone found and hid; then he goes and sells all that he has and buys that field.’ [3]

Maybe they had found the treasure but not the voice to speak its truth to power.

Does that sound familiar?

Were we to read on to the verses that follow the parable, we would come to next week’s reading?

It is also a story of judgement, but it is different. The judgement is based on completely different criteria. In the passage following the parable of the talents,

Jesus divides the sheep from the goats and the judgement is based on the continuing presence of Jesus in the hungry, the thirsty, the stranger, the naked, the sick and the prisoner.

Putting the two parables together allows us to read the passage differently.

The popular view of success is about material wealth, regardless of who is hurt. The rulers of church and state will judge you from that criteria. And if you are careful, protective, honest with the precious gift of grace that has been given you, then you are open to being side-lined, treated as irrelevant, abused, persecuted, rejected and finding yourself in a dark place.

But when the true master comes, the Son of Man, Jesus, then you will be judged on quite different criteria. Then those who have amassed fortunes and power and status at the expense of others will be the ones who are cast out.

This speaks very powerfully to me because I think it reflects where we are as a church in our world today. There are many who expect to be held up as models of virtue but are failing those who Jesus cared for. Whilst others who seemingly go without reward are the ones who demonstrate the grace and love of Jesus.

For the person telling the parable was himself cast out into the outer darkness of Gethsemane and Golgotha.

We are as far away from both the Apprentice and Dragons’ Den as you possibly could be. We are to live a life much more simply with far fewer expectations.

The third slave was afraid of his Master and maybe that is why he is not exonerated in the telling. I think we too live in both fear and envy of the dominant forces of power and money around us.

But we are wrong to do so. It is our relationships that judge us. It is the care we give, the love we give, the strength we give.

The message of the parable is not that we bury our treasure, that we hide the Gospel truths away in cloisters. Rather we recognise the brutal Master for who and what he is and what he is doing to our fragmented humanity and broken planet.

For as it says in the first letter of John, ‘there is no fear in love, but perfect love casts out fear; for fear has to do with punishment, and whoever fears has not reached perfection in love’. [4]

He is our real judge, our companion and strength who we meet in the feeding of the hungry, and caring for the thirsty, the stranger, the naked, the sick, and the prisoner.