I think there are a lot of expectations surrounding 2021, given how 2020 turned out. But while we have the promise of a vaccine and we are told that there is light at the end of the tunnel, our reality is that London is seriously threatened by Covid-19.

This is a season of hope and promise. There is something primeval in our celebration of the new year. We lace it with resolutions, commitments and determination that the year to come is better than the one before – that we will be wiser than we were – that we will be one step closer to achieving our ambitions and fulfilling our desires.

The year has just been born but it is born in a fearful time.

We are given a picture by the prophet of a great throng of the people of Israel, returning home after exile.

You can picture them – young, old, blind and lame, mothers and children all travelling joyfully and noisily.

They are going to Jerusalem and they will be radiant –they will literally shine!

As they feast on grain, wine and oil, their past suffering is forgotten, and they are overcome by youthful dancing.

Jeremiah wrote this not as the exiles were coming home but as they were being led out into captivity.

It would be more than fifty years before his vision actually became a reality.

The lesson of the prophecy then is not a simple ‘look how wonderful the world is’.

The lesson of the prophecy is: Imagine how wonderful the world will be - even though all we can see at the moment is a mess.

I think it is a challenging vision. The question for us is this: How do we see the future as we seem to be in the middle of our troubles?

Over the past year, I have often found myself talking as a prophet of doom. I did not think the epidemic would be over within a few weeks or even a few months. I do not think that 2021 will be the end of Covid-19 or of nature challenging humanity.

While I understand the reason why the Prime Minister keeps on giving jolly messages about how it will all be over – first it was the summer, then Christmas and now it is Easter, I don’t think that he is right in his optimism.

Jeremiah was a prophet of doom who at the same time was able to lift the spirits – to envision something new coming out of a horrendous situation.

But he didn’t mince his words when it came to confronting people with the reality they were facing.

Prophecy is the juxtaposition of warning, denunciation, with a vision of renewal.

At the start of a New Year in which the church will be challenged to be prophetic we must begin by letting Jeremiah lift our spirits with his vision.

In this way they inspire those who read or listen to their proclamations.

No matter how frustrating we find them, politicians and policy makers have to weigh up competing priorities and indeterminate factors.

We easily ask why ‘they’ don’t have this thing under control without acknowledging that the virus is not ours or theirs to control.

Wearing a mask, or keeping a distance is not only to show respect for each other but also to demonstrate a healthy respect for nature – something we have just not done enough of for the past hundreds of years.

Can we therefore start the new year with hope?

Bizarrely the most hopeful answer to this question is NO!

The most hopeful thing we can do is to refuse the easy platitudes. It is to refuse to give way to shallow expectations of a return to normal.

The most hopeful thing we can do is to ask how we got into this situation. And we know that it is the neglect of the intricacies of the web of creation. It is the centuries long creation of inequality and injustice.

So, the most hopeful thing we can do is say NO to a future which replicates the past.

Hope does not deny realism. Rather it transcends it.

There is a long hard road ahead. Jeremiah watched his fellow citizens being led into captivity and yet he was ready to prepare for their return.

We may feel that we are being led into ever more perilous and precarious situations.

The Bible would have us walk that path, carefully manoeuvring each hazard on the way but also marking the way home – knowing that a safe return is possible if we map the journey in such a way that we know how to remove each of those obstacles.

Jeremiah tells us that if we do that we will one day be dancing and singing – we will shine – be radiant. 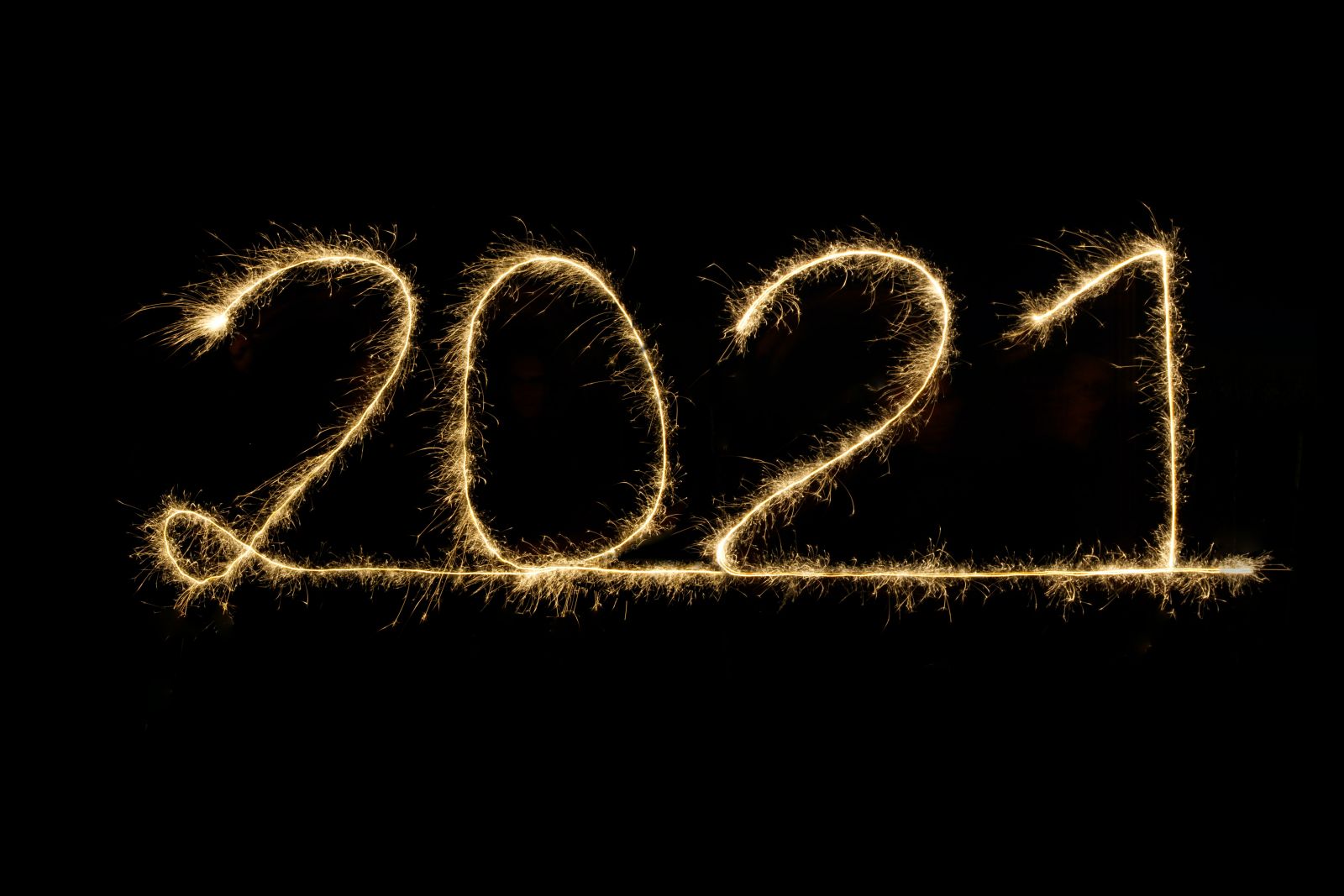 In 1622, there lived someone called Lancelot Andrews, who was a Church of England Bishop who had a different perspective to those of our ancestors at Union Chapel. Nevertheless, he did some good things including overseeing the translation of the Bible we know as the King James version. Well – on Christmas Day in 1622 he preached a sermon in front of King James and about the story of the coming of the Magi.

In the sermon he said – ‘It was no summer progress. A cold coming, they had of it at this time of the year, just the worst time of the year to take a journey. The ways deep, the weather sharp the days short, the sun farthest off, the very dead of winter.’

Some of you will recognise some of the phrases in that quote as they were borrowed by T S Eliot for his poem The Coming of the Magi.

We know this story well. It is the story of unexpected visitors to the new born Jesus. It is a haunting story.

There is the contrast between the King in Jerusalem and the king in the manger. The high born and the lowly born.

Who were these mystical figures who appear in the story and then disappear? We can speculate. They were Zoroastrians from Persia (or Iran as we know it today). They were wise men – they were themselves kings – all kinds of myths and traditions have been loaded onto them.

But all we know from their essential, albeit walk on role, in the story is that they recognised that something extraordinary had happened.

But as Lancelot Andrewes, T S Eliot and many a reader have observed, their journey was not smooth. It was not without its dangers. In the end they needed to trick a tyrannical king and escape his wrath. We assume they got home safely but we don’t know.

What we do know is that that they went home another way.

They too went on a journey with expectations of success – of a grand ceremony of homage to a King – maybe to gain favour, reward, influence.

But the harsh reality confronted them. God pointed them to a different place – to a different understanding of what greatness was. They saw a new Truth.

And showed them a new Way –

And their lives were changed. God had shown them a new Way, a new Truth and gave them a new life.

The word is sharp this morning.

Like the Magi it is a cold coming that we are having. It is a real winter for our country and our world. We are tired and weary from tiptoeing around this invisible virus, deeply anxious for our loved ones and our own health, distressed at the suffering which is taking place in our city and beyond.

We yearn for something which takes us out of this – we would like to do lots of things which we are restricted from doing.

So, we need to find new ways of sharing the load – to give space, comfort, support.

We need to find new ways of thinking of the world – not as a battle for the supremacy of humanity over nature but as the development of a new relationship with nature. Each of us can respect the virus rather than fear it. To give it a wide berth – a careful distance – and in protecting ourselves we take care to ensure that we are also protecting others.

We need to be able to reassess the underlying health conditions of our society. For it is not only the virus, which is killing our fellow citizens but inequality, obesity, diabetes, mental anxiety.

The virus is preying on a sick humanity.

When the Magi arrived in Jerusalem – they encountered a King, who appear strong. He had the authority of Rome to back him up – a cohort of advisors – a cowering population who had no choice but to fill the coffers with over taxation.

But the hope – and our hope – lies elsewhere.

Our hope becomes real in saying NO to the present reality.

But far more importantly it comes from saying YES to a world, where people are bound to each other through a mutual bond derived from our being creatures of God.

It means saying YES to a world with different assumptions about what is strength, intelligence, status.

Hope lies in being grateful – and showing gratitude – for those who care for us, who work so hard to keep us safe, find new sources of healing.

Hope lies in allying with those who actively seek a different way – who want to clean the atmosphere in our cities – who are developing economic models which do not deplete the earth’s resources and enable prosperity to be shared.

We are at a turning point. Every crisis can either lead to a new point of equilibrium or it can take us to the next crisis.

This is where we are.

The rulers of Jerusalem, whether in the days of Jeremiah or of Herod, moved from one disaster to the next – from one threat to the next.

The prophet said NO. You are going on a journey into exile but when you come back – be different – recognise what God has done for you – shine with God’s love. Say YES to coming home renewed, restored, revitalised.

The Magi said NO to abusive power, fraudulent leadership. They did say YES to the warnings of the angels and returned home enriched by their experience.

So hopefully in 2021 we will return not to business as usual but with a deeper awareness of who we are as Christians. More grateful to those who serve us. More conscious of the multiple sicknesses of our society.

And more aware of the healing that we need. This healing may begin with a vaccine, and better understanding of how disease functions to improve treatment.

But healing also requires investment of resources, which requires a shifting of priorities.

Healing requires a change of heart – not just a physical transplant but a change in our way of being – of thinking – a change of all our priorities – of our expectations and hopes.

Christians need to heed the different way home that is on offer to us and all humanity in the Gospel of Jesus Christ.

Say YES – say YES to Jesus Christ and you say yes to the promise of something much better than we have now.