Support the people of Tigray

Support the people of Tigray

As the war continues to be waged by both Ethiopian and Eritrean forces in the Tigray province of Ethiopia, the world has fallen silent. Here is a draft letter which you are asked to send to your Member of Parliament.

Insert this in Subject line:

Dear [insert name of your MP]

​Waged by the joint forces of Ethiopia’s Abiy Ahmed, Eritrea’s dictator Isaias Afeworki, and ethnic Amhara militia, the ongoing war in the Tigray region of Ethiopia continues to cause gruesome atrocities on the people of Tigray.

Despite three months of the international community’s appeal for the peaceful resolution of the war declared by Eritrean and Ethiopian governments and the recent demand for the withdrawal of the Eritrean forces, there are disturbing reports coming as of Tuesday Jan 26, 2021 that Abiy Ahmed and Isaias Afeworki have mobilized their forces for the “final” offensive to launch a wave of new attacks on Tigray, this time including the use of chemical weapons. How long will Her Majesty’s Government and the international community remain complacent without a strong action to stop this genocide? The situation in Tigray is so dire that people have run out of options. In addition to the inhuman massacre, rape and destruction, they are being subjected to death by hunger. As a major world power and member of the UN Security Council, I urge the UK Government to stop the talk and take the strongest possible measure in its disposal to save the lives of millions of people whose lives are at risk of looming extermination.

Her Majesty’s Government have the moral and ethical responsibility to initiate its global allies to take decisive action and stop the ethnic-cleansing campaign on Tigray in the same way as that undertaken in Kosovo in 1999. Then, it was the decisive act of NATO which forced the dictator Slobodan Milosevic to capitulate and end his ethnic-cleansing campaign in Kosovo. If the situation in Kosovo, which was minuscule compared to the extent of what is currently conducted in Tigray, required the NATO military intervention, certainly saving the lives of the 6 million people of Tigray warrants similar international intervention. The belligerent governments in Ethiopia and Eritrea have defied adherence to the international community’s repeated calls. Nothing other than the international community’s unequivocal, committed and concerted action will stop them. Soft diplomacy has gotten us nowhere - it will never deter these belligerent leaders, and it is already evident through their widely documented malfeasance.

To advance their ethnic cleansing adventure against the people of Tigray, Abiy Ahmed and Isaias Afwerki are leveraging every tool in their disposal through the complete deprivation of access to water, food, banking, electricity, transportation, telecommunications, medical supplies and independent media. Reports, including by their own appointees in the region, show that people are already dying of government-imposed hunger in Tigray. Once again, the world is quietly witnessing a massive genocide in the making.

In addition to unprecedented physical destruction on cities, transport and communication infrastructure, and power and manufacturing plants, the genocidal war of Abyi Ahmed and Isaias Afeworki is also causing untold destruction to ancient churches, mosques and monasteries. The world is witnessing an inhuman destruction in Tigray, on the scale committed in Iraq and Syria by the Islamic State of Iraq and the Levant.

As a member of your constituency, I urge you to pressure the Good offices of the Secretary of State for Foreign, Commonwealth and Development Affairs to urgently engage in initiating a decisive and immediate international action to stop the genocide in Tigray by all means necessary.

Thank you very much for your support in this matter. 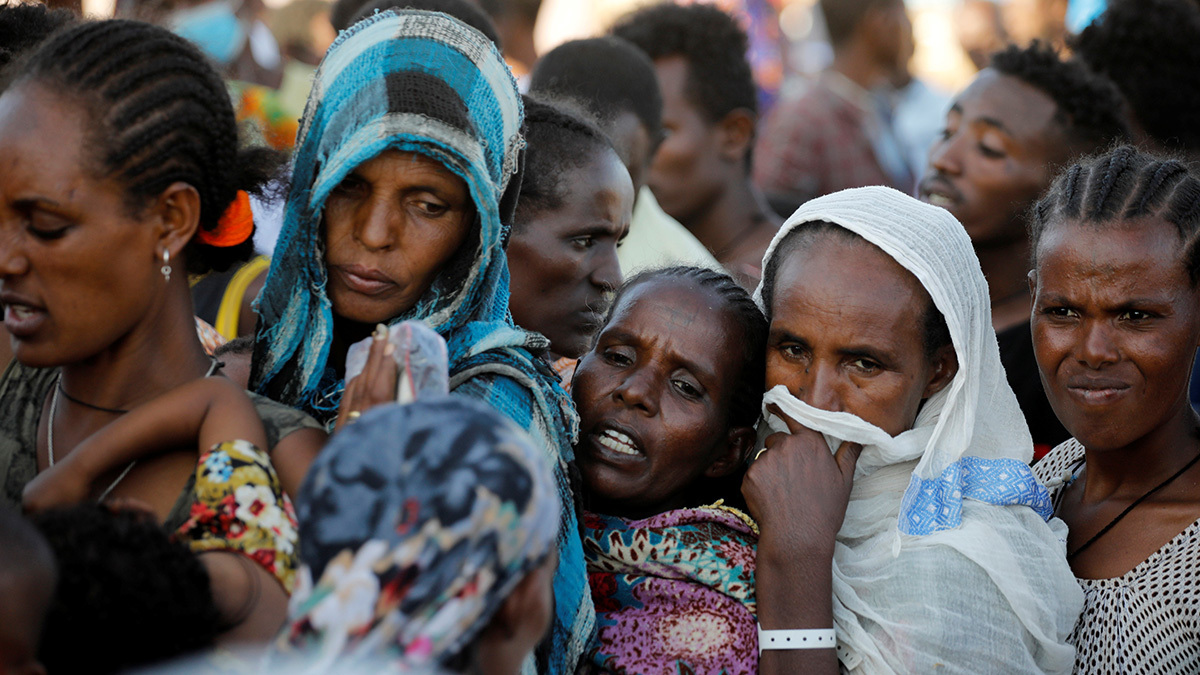